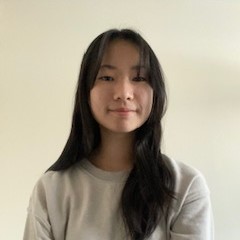 Commonly associated with Lactose Intolerance (LI) and other related gastrointestinal diseases, Lactose Malabsorption (LM) is described to be the failure to digest or absorb lactose, a sugar found in milk and other dairy products (Dominiguez-Jimenez and Fernández-Suárez, 2016). Around less than 5% of the Northern European population, 70%-80% of the Southern European population, and almost 100% of the Southeast Asian population develop LM within their lifetime (Usai-Satta et al, 2012). Medical professionals use three common testing practices to assess levels of LM, but there is no “gold standard” (Domínguez-Jiménez et al., 2017) for diagnosing LI, creating problems in accurate diagnosis. This study will focus on 3 testing processes for measuring LM: the hydrogen breath test, lactose tolerance test, and genetic test. The purpose of this study is to contrast the various methods of diagnosing LI and determine if limitations to the testing processes exist. The significance of this study is to encourage individuals who believe that they have lactose intolerance to get tested because the literature suggests that there is a concern for inaccurate self-diagnosis. This study involves analyzing LM testing methods, accuracy of LM test results in correlation with symptoms of Lactose Intolerance, and recommendations of studies that utilize existing LM testing protocols. There is still scarcity in the understanding of ways to accurately determine LI in patients which could lead to misdiagnosis. The results suggest that certain testing methods are more time-consuming, or cause increased discomfort in patients than other options. Individuals that self-diagnose LI potentially place themselves in a detrimental circumstance which impacts the ability to maintain a healthy diet. Becoming aware of the testing options will support informed decision making for receiving an accurate diagnosis for safer diet choices.